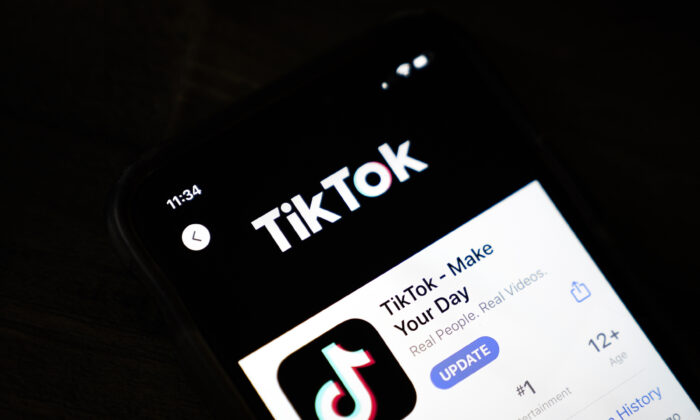 The download page for the TikTok app is displayed on an Apple iPhone in Washington on Aug. 7, 2020. (Drew Angerer/Getty Images)

What Will Replace TikTok?

The year 2021 was a good one for Bytedance, a problematic company with close ties to the Chinese Communist Party (CCP).

TikTok, its main cash cow, was the most downloaded app of the year. Although—and this is a point of considerable importance—compared to 2020 figures, total downloads decreased by 194 million. TikTok is still popular, just not as popular as it was a couple of years ago. It’s losing its grip, slowly but surely. Every social media platform, even one as big as TikTok, comes with an expiry date. Very soon, the video-sharing app will find itself dethroned by something even bigger and more powerful.

Before discussing TikTok’s replacement, we must first discuss cable TV. More specifically, the death of cable TV. Interestingly, Netflix, the company responsible for “killing” cable, is also dying a quick death. Between April and June, it lost almost 1 million subscribers. Rather ironically, Netflix became the very thing that it set out to replace. How so? As the writer Andrew Laurence so brilliantly put it, beyond “a handful of titles, there isn’t much keeping viewers tuned into Netflix besides habit—which is pretty much where many of them were with cable before they cut the cord and downloaded the app.”

Once cool and edgy, Netflix became too comfortable with its power. Because of this, according to Laurence, Netflix went from being slim and streamlined to “fat and dull, with an outsized appetite for increasingly low-calorie content.” So, you ask, what will replace Netflix? Its replacement is already here. In fact, it has been around for the better part of 20 years.

TV can’t compete with YouTube, and Netflix can’t compete, either. YouTube took social media influencers and gave them a platform to create their very own TV channels. A simple idea, yet a truly genius one.

In September 2020, obviously concerned (and perhaps inspired) by the popularity of TikTok, YouTube created YouTube Shorts, a short-form video-sharing platform that limits pieces to 60 seconds in length. Like TikTok, YouTube Shorts is a product of the TL;DR (“too long; didn’t read”) age we now find ourselves in. With diminishing attention spans, younger users want rapid bursts of content, repeatedly.

With more than 5 trillion views in less than two years, Shorts appears to have hit the mark. In June, YouTube announced that Shorts attracts 1.5 billion unique eyeballs each month—500 million more than TikTok.

This is good news, many will say. After all, TikTok appears to have close ties with Beijing. Anything that can disrupt its influence should be celebrated. However, we must also remember that Google, a highly problematic company with a history of weaponizing data and spying on users, owns YouTube. A juggernaut of epic proportions, Google is worth $1 trillion. With great power, as they say, comes great responsibility. Google is indeed powerful, but it’s far from responsible.

In July, Denmark’s Data Protection Agency announced a ban on Google’s services in schools. The announcement came shortly after Danish specialists were asked to assess the ways in which Google processes personal data. Clearly unimpressed with the results of the risk assessment, the agency revealed that the likes of Gmail, Google Docs, and Google Drive were in direct violation of the European Union’s General Data Protection Regulation data privacy regulations. The agency ruled that Google services should be immediately removed from classrooms across the country.

If Google can’t be trusted with Gmail and Google Docs, why should it be trusted with the way it controls YouTube’s data? Remember, Google is the company that removed the ‘Don’t Be Evil’ clause from its code of conduct. This is a company that does the bidding of the Saudi Arabian government.

So although TikTok is losing its power and this loss of power is a positive for society, we should be wary of what takes its place. In truth, when it comes to big tech and insanely popular social media platforms, there are no good options. YouTube Shorts is better than TikTok in the same way that a punch to the stomach is slightly better than a kick to the groin.

John Mac Ghlionn is a researcher and essayist. His work has been published by the New York Post, The Sydney Morning Herald, Newsweek, National Review, and The Spectator US, among others. He covers psychology and social relations, and has a keen interest in social dysfunction and media manipulation.
https://www.theepochtimes.com/what-will-replace-tiktok_4646077.html