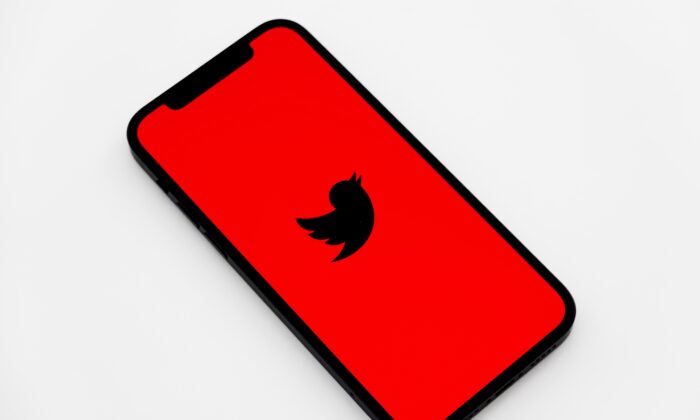 The Censoring of The Epoch Times

There was great drama over the weekend when Twitter, without explanation then or now, suddenly started labeling all content from the domain of The Epoch Times as unsafe. The page to which the reader was referred was once reserved for sites that are malicious or spammy or otherwise represent a technological threat. Years ago, users appreciated such warnings as a way of warding off malware that could harm our machines and local networks.

That very screen was deployed, in violation of user trust, in service of outright censorship. It apparently began at 8pm, July 28, 2022. I noticed it shortly thereafter when trying to post an article I had written for Epoch. Anyone who clicked on it was immediately sent this warning. Readers alerted me and I quickly ran some tests to find that the entire domain had been subject to banning.

We are aware that Twitter has marked all links to https://t.co/copOc5TSA6 as “unsafe.” We believe this is a mistake and we have submitted a review to @TwitterSupport. pic.twitter.com/UyFqoiaUkq

This warning message is quite devastating because it reflects poorly on both the poster and the destination domain, as if both are involved in some nefarious effort to compromise the security of the personal computer or smartphone. It’s not true of course but the accusation alone does damage.

Twitter never explained its actions, to users or to The Epoch Times. The uproar against the action began immediately, Readers went into public revolt, and three U.S. Senators joined in the outcry. Within 24 hours, and again without explanation, the warning was removed and life went back to normal. Still, Twitter has posted no apology, explanation, or otherwise communicated about the incident at all.

If it was some kind of mistake, one might expect that Twitter would say so. That is not the case. Perhaps someone there really did believe that it would be no big deal if one of the world’s most important independent news and commentary voices would be blocked by its platform. If so, that reveals much about the bubble the administrators there truly do inhabit, as if Epoch’s many millions of readers the world over don’t matter. The readers’ response showed otherwise.

So Twitter reversed itself, likely on the calculation that such egregious impositions would do more harm to Twitter’s reputation than it would achieve in terms of information control. That the platform wants such control is beyond dispute. I have dozens of earnest friends who have posted on egregious pandemic policies who have been blocked.

Just how much has Twitter become captured by ruling-class interests in government? Substantially. We do have a First Amendment, and this is supposed to erect some kind of legal barrier against government actions that would censor speech. But what if government figures out how to muscle and otherwise work with private institutions to achieve the same end? What does the law say about that?

Maybe we will find out in the course of time. Recently released emails from America First Legal have revealed an incredible hand-in-glove relationship between the World Health Organization, the Centers for Disease Control and Prevention, the National Institutes of Health, and Twitter, along with Facebook and Google. All the top tech people in each institution know each other and agree that any narrative outside the one of their own crafting deserves to be excluded from the public sphere.

It’s strange to read through the 260 pages of email exchanges. They all consider themselves to be on the same team. For them, there is no distinction between public and private control, between markets and power, between Big Tech and government. They have presumed identical interests that set ruling-class priorities against dissident voices, whom they treat as nothing more than pests wrecking the party.

The Epoch Times has been the world’s major reporting voice in covering virus-related matters in a fact-based, objective manner, chronicling the sketchy origins of the virus as well as the harms of lockdowns and vaccine mandates. This has only been one piece of the coverage that diverges from corporate media priorities. The media venue has also reported fairly and honestly on the fakeries behind Russiagate as well as the wild hype over the supposed insurrection of January 6. The topics covered here include the ongoing world economic crisis that is given only muted attention by the corporate press.

But it’s not only that. Epoch also offers rich and varied video content that includes news reporting, live musical performances, intelligent conversations with scientists and scholars, deep documentaries, and also high-end content on art, culture, fashion, history, and so much more. The motto of the media empire is “Truth and Tradition” and that means scrupulous and fair journalism above all else. But it also means never condescending to the readership. It treats readers as intelligent. Subscribers can tell the difference immediately: it is a voice focused on actual reporting versus the partisan manipulation to which we’ve become accustomed.

This is hardly the first attempt to block The Epoch Times from influencing the public mind. The institution has been around for 22 years. Like many such venues in the old days, it had a winning economic model that relied on reach from social media giants like Facebook. There was a time when no one really imagined that this would become a danger to independent voices. Then Facebook turned, and Google too: they started demonetizing then finally banning impressions and links.

This caused a dramatic scramble at Epoch as they had to decide whether to shut down or innovate. They decided to adopt a paid model not because they wanted to charge but because they had to survive. But it is a dicey proposition in a world where people get extremely fussy about paying for news services. It works for the New York Times, the Wall Street Journal, the Boston Globe, and others, but would it work for Epoch?

After some quick programming and hard hustle, the model went into place. And, remarkably, it worked. These days, users have become accustomed to paying for value on the internet. Even though I write daily for Epoch (I’m very grateful for the vast reach my content has), I’m more aware than ever of the value of independent and professional news reporting. Epoch has revived what otherwise seems nearly to have died. And clearly, people are willing to pay for that information.

The narrative of our lives is shaped by the ideas we hold in our head, the substance of which comes down to the information to which we have access. This is precisely why the ruling class is so incredibly and vociferously focused on controlling it.

Censorship is the tribute that would-be despots give to the power of ideas to disturb their plans and confound their aspirations to control the world. The war of ideas in the long run is the only one that matters. If we are to make good decisions about the kind of world in which we want to live, we need the open access to the widest possible conversation.

There was a time when most everyone believed that. These times are no more. As Twitter’s shot across the bow of The Epoch Times reveals, a free society and a free press go together. The enemies of freedom know this, and so too must its friends.

Jeffrey A. Tucker is the founder and president of the Brownstone Institute, and the author of many thousands of articles in the scholarly and popular press, as well as 10 books in five languages, most recently “Liberty or Lockdown.” He is also the editor of The Best of Mises. He writes a daily column on economics for The Epoch Times and speaks widely on the topics of economics, technology, social philosophy, and culture.
Website
https://www.theepochtimes.com/the-censoring-of-the-epoch-times_4638050.html